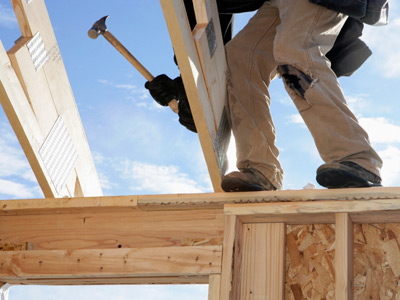 What to watch for when building your home, read on!

The increasing prevalence of leaky, toxic and downright dangerous buildings has put defective building products in the spotlight in Australia and New Zealand recently.

Below-standard plasterboard, inflammable exterior cladding material, and problems with structural steel prone to failure are all creating liability concerns across the region.

In Australia’s regions of warmer and more humid climates, especially in the tropics, the constant damp created by humidity creates fertile ground for mold to grow. Many mining communities are struggling with mold infestations in their homes.

The problem can also occur in cooler climates, such as in Tasmania, where wet weather is common. The Tasmanian state government identified its own leaky building syndrome in 2014, while the state of Victoria also established a task force to monitor similar issues.

Meanwhile the Australian Building Codes Board modified the compliance path for weather tightness performance requirements, which is included in the National Construction Code 2016.

In New Zealand’s construction sector of insurance, there is outcry because of the condition of many buildings built between 1994 and 2004. During that period, new construction materials and methods, which seemed more modern or efficient at the time, were allowed. Timber-framed buildings are especially problematic but many buildings have defective exterior cladding systems as well.

The repair bill is currently estimated at around $NZ 11 billion.

The plasterboard allegedly emits several gases, including carbon disulfide, carbonyl sulfide and hydrogen sulfide. It causes metal to corrode, electrical equipment to break down, and galvanized nails and truss supports to rust out.

To make matters worse, no easy remedy seems available to homeowners or contractors as a complete re-build of the affected building’s interior is often required.

Asbestos in building products imported from China is another serious worry. Headline examples from 2016 include roof panels at Perth’s children’s hospital1 and fiber cement sheeting used in construction in at least 64 construction sites.2 Fires related to exterior cladding on high-rise buildings also continue to cause alarm. Since the November 2014 devastating blaze at the Lacrosse apartments in Melbourne’s Docklands, similar fires have broken out in other Asia-Pacific cities with modern high-rise apartments, most recently in Dubai.

It’s worrying that fireproof exterior cladding imported from China often fails to meet specifications. Audits by the Victorian Building Authority (VBA) highlight the huge scale of the problem: out of 170 new high-rise buildings inspected in Victoria, 51% failed to meet specification. The VBA has since ordered the builders and owners of the Lacrosse apartments to remove the cladding, which will cost millions of dollars. Outside the state of Victoria, it is highly likely a similar incidence of defective imported fireproof cladding exists throughout Australia and in New Zealand.

Plasterboard, asbestos and cladding are not the only imported building materials causing concern. Questions loom over the quality of the steel being imported by Australia and New Zealand from Asia. Sub-standard steel used in infrastructure projects is too weak or too brittle and has proved to be prone to failure. In New Zealand, steel intended for a NZ$ 450 million road bypass scheme failed strength tests. In Western Australia steel intended for a major bridge construction scheme failed safety tests.

New Zealand, even more so than Australia, may have some very serious problems with defective structural steel in the future due to the ever-present earthquake exposure.

At Gen Re we aim to stay up to date on developments in this area of liability, so if you have any exposure issues you want to discuss, don’t hesitate to call.